Mr. Lumezi started his career in 1980 at the Ljubljana Bank in Pristina, a bank that operated also before the war in Kosovo. After the war, Mr. Lumezi has started to work at ProCredit Bank in the position of the Director of the Internal Audit Department. In 2005 he started work at the Banka e Re e Kosovës in the position of the General Director. Since January 2008, Mr. Lumezi is Chairman of the Board of the Bank at NLB Bank. During his career, Lumezi has completed various specializations in finance and financial institutions in Ljubljana, Frankfurt, etc. 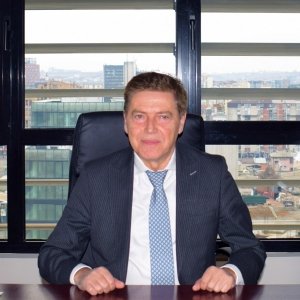